Okay, so football isn’t coming home. However, here at Carrington, we’re getting over our heartbreak by looking at which brands have been scoring goals with their PR and marketing campaigns during the World Cup.

Particularly interesting are those who avoided paying the £100m a year partnership fee as official sponsor (Budweiser, McDonald’s, Vivo, what were you thinking?) and instead opted to bootleg their brands onto the world stage through clever PR campaigns.

Number one has to go to Marks & Spencer, for capitalising on the clothing choices of England manager, Gareth Southgate. After his waistcoat became something of a sensation, M&S were only too pleased to remind people that they were the official tailor of the England team.

“Not all heroes wear capes” – Couldn’t be more apt today. Like and retweet to show your support to Gareth and the boys ahead of tonight’s game #itscominghome #waistcoatwednesday #itscominghome pic.twitter.com/nkerY8vqVx

Ikea also deserve an honourable mention for this piece of genius advertising.

Without even mentioning the World Cup, they have perfectly managed to jump on the back of it. The day after England’s win against Sweden they offered fish and chips for £1 in their restaurants, and responded with typical IKEA good humour after some England fans invaded their East London store.

We are aware of a small group of fans celebrating the match result in one of our stores. Being both British and Swedish, we were on the edge of our seats during the game and we would like to say ‘grattis!’

This kind of off-the-cuff and opportunistic social media posts is what bootleg PR and marketing is all about.

Umbro also deserve a mention for their collaboration with YouTube musician Brett Domino which resulted in an England football anthem which didn’t mention the tournament, any teams, players or any trademarks once.

However, someone somewhere high up in Mastercard scored a massive own goal with this tasteless idea which provoked backlash on social media. 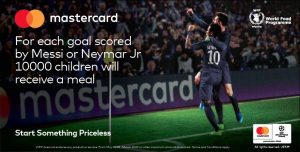 Why not just give the children the meals? Or as Mark Perkins of PR Examples put it:

“It’s crass, cynical and thoughtless. It conjures up images of famished families holding empty bowls, cursing their fate as Neymar shanks a sitter from five yards before renewed hope: ‘Penalty! Gather round kids, lets us pray Neymar takes it so you can eat!’”

So maybe jumping on the bandwagon of current events doesn’t always work out favourably, but what about the ethics of this unashamedly bold bootlegging? Does this undermine the paid sponsorship deals that the World Cup knows and loves?

They think it’s all over!

We think it’s all just a bit of fun, and why would you pay for something you can get for free? Sure, these brands won’t have their name on the hoardings at the side of the pitch, or have their name emblazoned on every drink sold at the venues, but these brands do it for those football fans who appreciate football for what it is (11 people kicking a ball around versus another 11 people who also want to kick the ball around).

These fans yearn for the days before multi-billion dollar advertising deals and sponsorship, and if a brand can be a bit cheeky and poke some fun at the takes-itself-too-seriously world of football brand deals, then they may find fans connecting with their brand more and remembering them.

Now, we’re off to drown our sorrows after England’s departure with a Budweiser (official sponsor of the FIFA World Cup 2018). 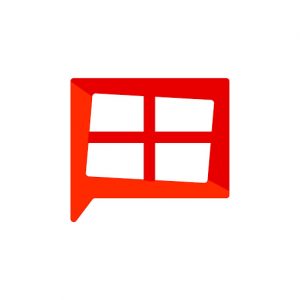