How to win business awards

It’s business awards season! That time of year when companies across the country are rewarded for their hard work and success with shiny trophies, posh certificates and the adulation of their peers and the envy of their competitors. If you’re not among the companies being invited to the black tie galas however, you might be wondering why you’re not getting any awards for your business.

If your office is home to an empty trophy cabinet or a few dated certificates, then this guide to awards success could be just what you need. 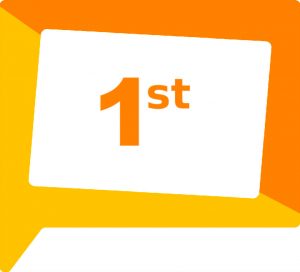 In it to win it

No business ever won an award they never entered. If you’re completely new to the awards game, this might be a surprise, but as nice as it might be if there was a group of judges who were looking out for great businesses to pick out from the crowd and celebrate, that’s now how it works. In reality, behind every award is a person who took the time to write an entry.

In some cases, it’s the person who claimed the prize themselves, in others, it’s an office junior who’s getting no praise whatsoever. In many cases though, it’s a savvy marketing team or a PR professional who started the business on the road to awards success. Believe me, those perspex blocks are worth their weight in gold for PR and marketing but you don’t win them by accident.

Think of it this way: People might be slightly swayed by an advert in which a company claims that they’re ‘the best’, but they’ll be more impressed if a reputable organisation they trust said the same thing. With every award you enter, there’s a chance you’ll be a finalist. If you’re a finalist, you get your name on the organiser’s website, in your local paper and in the trade press. If you win the award, you get the coverage you’ve always wanted: Your company in the headlines with a big photo of your moment in the spotlight and some lovely comments from a person of authority. Awards are valuable.

In the last month for instance, we’ve helped one client win three major awards and be a highly commended finalist for three others. As a result of those awards, their business has appeared in target media platforms 19 times, reaching an estimated 500,000 people. On top of that, they’ve been able to use the awards events as a chance to network, give their team a pat on the back and make sure that everyone attending each and every ceremony has heard of their business and they know why it’s so good. 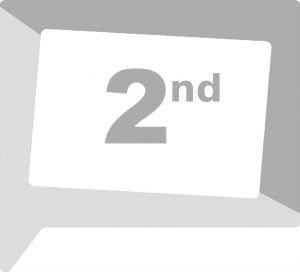 So why aren’t you winning them?

First of all, you need to do your research.

You need to identify the awards you have a chance of winning: You should be confident about yourself, but don’t spend time over an entry form when you’re competing with multi-nationals in categories where they’re clearly going to beat you.

You should focus on the awards that are worth winning. There’s no point winning an award if the only people who’ll be impressed are never going to work with you.

You should find out what the judges like. Have a look at last year’s winners and the winners of similar awards and plan your approach to outshine them.

Once you’ve found the award, you need to enter it, and it’s at this point that we come to the biggest obstacle.

Award entries a take a lot of time and patience to write. 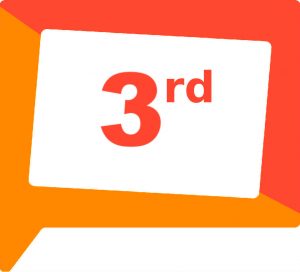 How to write an award entry

Awards aren’t easy to win. You need to demonstrate why your business is better than the others and that means you need to speak to the team, find the great stories, provide the figures to back it up and then write it all up so that someone who hasn’t got a clue about your business can understand it.

Needless to say, if you’re spending your time running your business and it’s all hands-on-deck throughout your organisation, you probably don’t have time to faff about with these awards. That’s why outsourcing to companies like us can help. We find the right awards and the right categories to enter, we speak to people throughout our clients’ organisations to get all the information we need, we get the input of key people and we hone the entries to make sure they present our clients in the best way… I’ll stop with the sales pitch now.

But while some awards are excellent (I can’t praise the organisation of the recent Lincolnshire Technology & Innovation Awards enough), there is a side to the awards industry which you should be a little wary of. 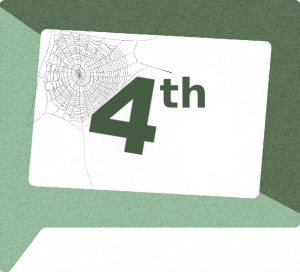 The dark side of business awards

The awards industry is exactly that, an industry. With the exception of awards events organised by charities, somewhere there’s always an ulterior motive and some awards organisers are more brazen in pursuing that motive than others.

With almost every award, there’s a gala dinner and an awards event. This is part of the fun of entering awards and the organisers have to cover their costs somehow, so it’s only reasonable to expect them to charge attendees and the high costs can often be justified by the quality of the event and the exposure it generates. But sometimes organisers push things a bit too far. Now and then, you can’t shake the feeling that the organisers don’t really care about the awards and really their goal is to get as many bums on seats as they could manage. This means awards with a ridiculous number of categories and lists of finalists that are so long, you can’t help but wonder if everyone who entered has made it through to the ‘final round’.

These awards events are certainly the exception, but you should have your head screwed on when you research the awards you’d like to enter if you’re to avoid paying for several tables at an event on the other side of the country where you’ll be going home empty handed and hungry with no-one caring whether you ‘nearly’ won or not. If the organiser is relatively unknown, doesn’t reach your target audience and has a billion categories you could enter then it’s probably best to steer clear of their event, but most are well worth it.

There are plenty of other reasons why companies host awards which are perfectly justified. For instance, media organisations might host award events so they can promote their magazine, website to their target customers and get their name heard or business groups might host the event as part of their service to members. After all, everyone likes to see their moment in the spotlight and they’ll share the articles that feature them with colleagues, friends and business contacts, which all helps the organiser. Hopefully, in return for the tickets and publicity, they’ll treat the attendees to a great night with good food, excellent networking and some unbeatable coverage of their own.

Love business awards, but don’t love them too much

All in all, business awards are a funny thing that you should definitely enter as long as you do your homework and you’ve got the time to write a first class submission.

Have a great time, have fun with your colleagues and make it a night to remember, but be selective about which photos you share with the media or post on Twitter afterwards. That photo of the CEO drinking from the bottle may be hilarious but should probably never see the light of day! And while a photo of the whole team together might seem like a good idea at the time, it’s probably not so great if they all look hammered.

Try and get the official photos from the organiser, and save others for the Christmas party!

If that all sounds like a lot of work, get in touch with us. We’d be happy to help.